WebWizards® is your local source for all things related to the web. We offer traditional web presence and graphic design services for individuals and small businesses.  We help you slay your Internet dragons. 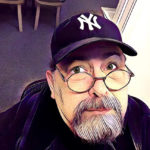 Chick Ciccarelli is the CEO of WebWizards®. He is a senior-level executive with 40+ years experience in advertising and specializes in brand strategies and web development.

Chick has won numerous national design awards in both print and web development and was honored by the Smithsonian Institute for his promotional contribution to the historical Voyager flight around the world. He is a member of the National Academy of Media Arts & Sciences and a finals judge for the International Business Awards (The Stevies). Visit Chick’s art direction website here: https://chickc.com

We are dedicated to the highest level of customer service, delivered with a warm smile, friendly attitude and individual pride, knowing that we have provided a valuable service to all who have sought our expertise.